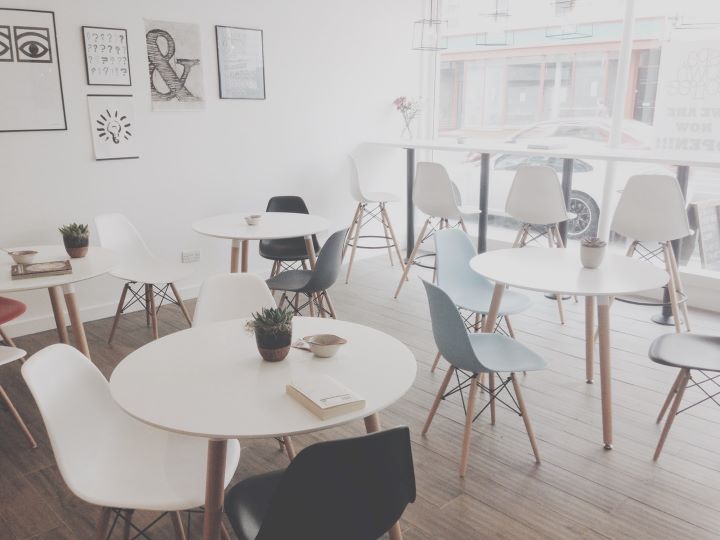 Disclaimer:All stories are fictional. All characters are made up by me. You may relate or may not relate to these stories, but these stories are meant to be funny, filled with laughter, love, craziness and a little bit of sexy…So, sit back, relax and enjoy.

Lava Java is the place to be. You never know what to expect from a place like Lava Java. Lava Java is a cafe. A place to sit back and relax, socialize and meet new people. Greatest thing about Lava Java is their famous espresso and frappuccino. I mean let’s be honest, there’s no other place can compare to Lava Java(not even Starbucks?). Not close enough to Starbucks, but better.

I’ll never forget the day I wanted to key my ex-boyfriend’s car or slice his tires to force him to buy a brand new one because I knew he couldn’t afford it. I know what you’re thinking “damn, girl. You was mad mad.” (lol) no, I was angry and frustrated.

She said, “Should I ask why you have a knife in your purse?”

Have you ever felt so foolish to the point you wanted to blame someone else for the foolishness you chosen? Yes!, I wanted to blame him for lying and cheating. So, when the barista asked me, why do I have a knife in my purse?. Although, I informed her I wasn’t there to harm no one. I wanted to tell her to mind her business, I paid for my coffee and I only wanted to sit there and wait, but I wasn’t upset with her. I was upset with him. You’re probably thinking you wanted to kill him……..In a cafe?(lol) maybe …. I should of killed him for wasting my time. Should I?

(lol) No, he’s not worth going to jail for, but somehow I wanted to hurt some of his precious goods.

So, I waited ………… to slice his tires while there’s a chance of him coming through Lava Java with his new new (I mean why not) … I was at the same place he met his b-tch. Oh, I’m sorry how rude of I to call another woman out of her name. It wasn’t like she didn’t knew he had a girlfriend, but she did. She’s the main one who sent a long novel message about him. I don’t know why? But, I guess I can thank her for showing me receipts and informed about who I dealt with. Why can’t a man tell his woman, instead of another woman telling her?. Makes you look foolish in a way and embarrassed.

So, Let me rephrase it – I’m sitting where he smiled with her,

Where he laughed with her,

Where he flirted with her,

And where he always met up with her, whenever he lies and says he’s “working”.

SO, I WAS AT THE SAME SPOT HE MET HIS BITCH.

I was angry and I was frustrated with myself for feeling in a way of hurt, but was it my fault for feeling that way? Was it my fault for miscommunication? Was it his way of giving up?… but, let’s be real. If he would of approach telling the truth, I wouldn’t handle it properly. Most likely would of killed him.

I know what you’re thinking “girl, you sound crazy. You should of never went there in the first place.”

But, I don’t want to cry about it,

I wanted him to feel my pain,

I wanted him to feel my broken heart,

And I wanted him to understand that he couldn’t do this to me. I gave him my all and do you know how it feels to give your all to someone you’ve never imagine to break your heart…

His car pulled up. I prepared myself to run outside and push through the both of them and slice his tires into pieces. As I got up, I bumped into someone. A tall caramel handsome man, but I couldn’t think of any man at that moment. I was on a mission. I wanted to put my frustration into those damn tires.

We bumped and I tripped on something that felt like nothing. My purse fell to the ground and he picked it up and noticed the knife.

You would of thought whenever someone has seen a knife they would call the cops asap or warned everyone about it, but he didn’t.

Instead, he grabs my hand and asked me, “Do you want to talk?”…First time I have ever heard anyone asked me …”Do you want to talk” or maybe he wants to play his trick game like the rest of them, but this felt different. There’s two choices I needed to made on that day, 1. Do I sit down with a complete stranger(no matter how fine he is) and have a small conversation? Or 2. Do I go out there and slice his tires with every anger in my bone?

As the new guy sat down and pulled a chair for me to sit in, part of me wanted to sit down and talk with this stranger, but the other part wanted to slice some tires. Once he said “Come on, let’s talk.”, I sat down then told him my reason behind the knife.

I realize everyone isn’t meant to understand your pain or your hurt. I couldn’t control the situation with my ex, but I could make it into something good for myself. The breakup was more of a blessing than anything. I didn’t see it that way, but talking to Mr. Jason made me see the bigger picture than being angry.

Don’t get me wrong, no way saying there’s no need to be angry, but not forever. Now, it doesn’t mean Mr. Jason and I will talk more, and make something serious, but it felt good at the moment to not feel angry and to have someone to talk to.

By the way, I drove by my ex’s house and burn his car. No one knew who had done it because I made it look like an accident. It was the left eye in me then I was able to let go and move on.

Question: Have you ever had a situation where you were so angry you wanted to do something about it, but something changed your mind? Comment below, share …

*Are you part of Beautiful & Bold family? Pause……. Do you know about Beautiful & Bold Monday’s? On Monday’s, I send positive, loving, motivating & encouraging letters to start off your week right + monthly prayer. Don’t miss out: Click here