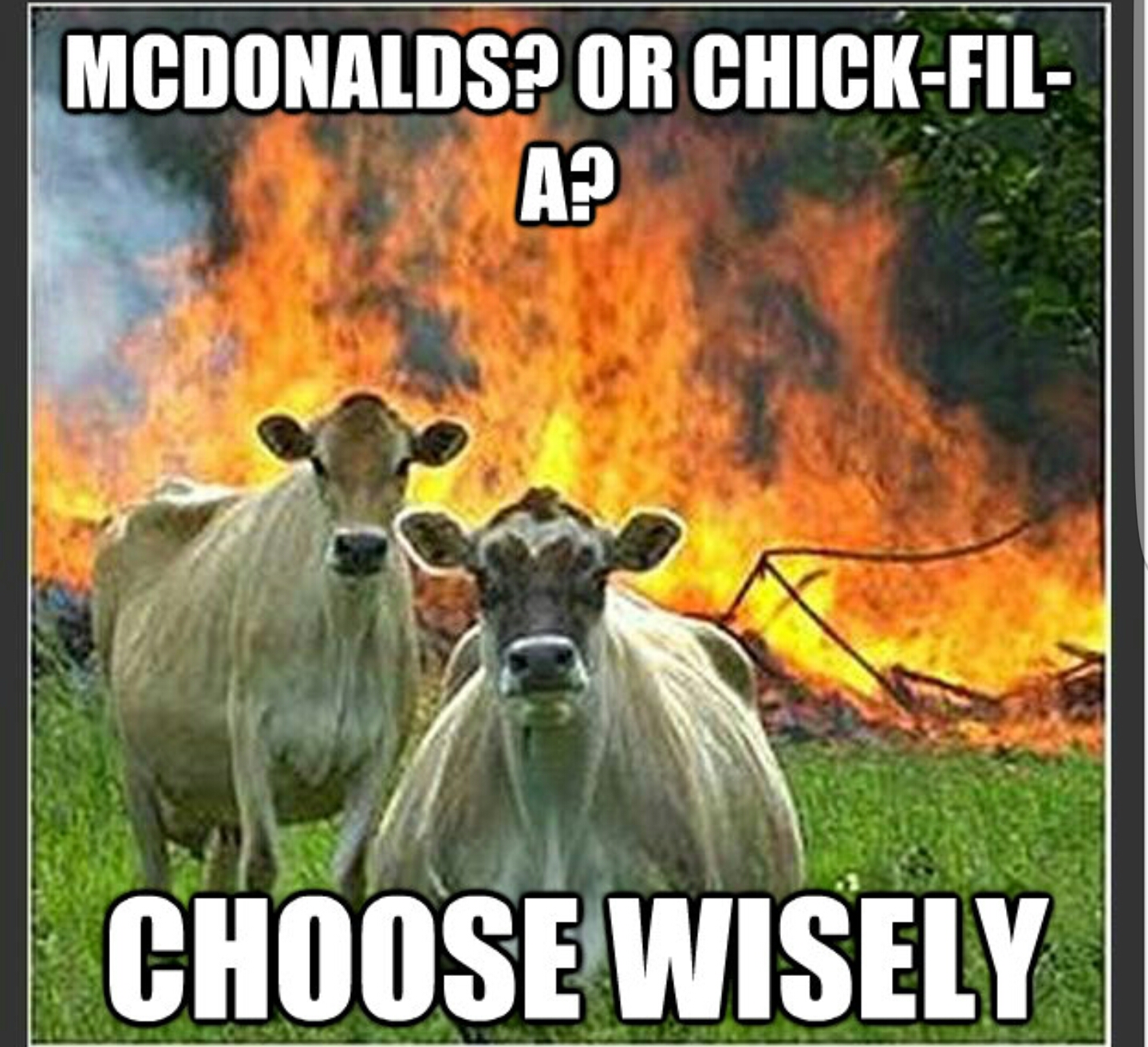 It’s obvious which fast food is the best because of the service and food. However, for some McDonald’s will be the best option because it has everything. So, let’s break it down and towards the end I’ll tell you which I believe is better.

Chick-Fil-A has one of the best chocolate milkshake in the world . Chick-Fil-A has different kinds of milkshake, it’s not just a vanilla or a chocolate milkshake like McDonald’s has. However, McDonald’s has great frappes – double chocolate chip is my favorite frappe from McDonald’s, but sadly Chick – Fil – A doesn’t have any frappes or lattes. Rumor has it they’re working on it , to have a menu for frappes and lattes. I believe chick-fil-a should stick with what they have right now with no changes. McDonald’s has the best frappes ! I can tell I’m getting that look like what about Starbucks?? , but McDonald’s for the win for frappes and lattes. Overall, chick-fil-a wins for beverages and milkshakes. Chick-Fil-A’s lemonades are the bomb.com. So , Chick-Fil-A wins in this department.

Is there really a difference between the two? I really don’t know how much chick-fil-a is paying their employees, but the customer service at every chick-fil-a’s that I’ve been too has been nothing but, respectful and amazing. More importantly you see people smiling, I wonder if they smile all through their shifts. Whereas McDonald’s customer service, you might as well say McDonald’s is on T.O.M each month because you don’t know what to expect when you go to McDonald’s. I understand that as workers we don’t feel like the need to work or talk to customers, I’ve work in retail for four years – sometimes I want to shoot my head off and it’s crazy, but I learn to not bring my personal stuff to work. You can tell when someone hates their job and that’s not all McDonald’s location. Some McDonald’s locations gives the most amazing customer service and others you want to end up fighting with them for giving such a bad attitude like you’re the one who applied the job for them. Chick-Fil-A customer service sounds like a robot all happy and smiles. Chick-Fil-A wins customer service.

Chick-fil-A has nothing but chicken in their menu, and my favorite is spicy chicken sandwich. I love chick-fil-A fries , not the same as other fast food restaurants. However, I have notice McDonald’s are adding more chicken sandwiches and wraps to their menu. McDonald’s breakfast beats Chick-fil-A breakfasts hands down. Overall, I have to give it to Chick-Fil-A foods are amazing than McDonald’s.

McDonald’s and Chick-Fil-A are both fast food restaurants, so neither prices are expensive than the other. However, McDonald has a dollar menu , while chick-fil-A doesn’t and who doesn’t like a dollar menu from time to time. McDonald’s breakfast menu is all day, while Chick-fil-A has a time limit. So , is all about the taste and experience, so Chick-Fil-A wins this one.

Overall, both fast food restaurants aren’t healthy for our bodies but, if you ever needed a good cheat day then Chick-Fil-A is the place to go for a nice beverage or milkshake , very nice customer service and delicious foods.