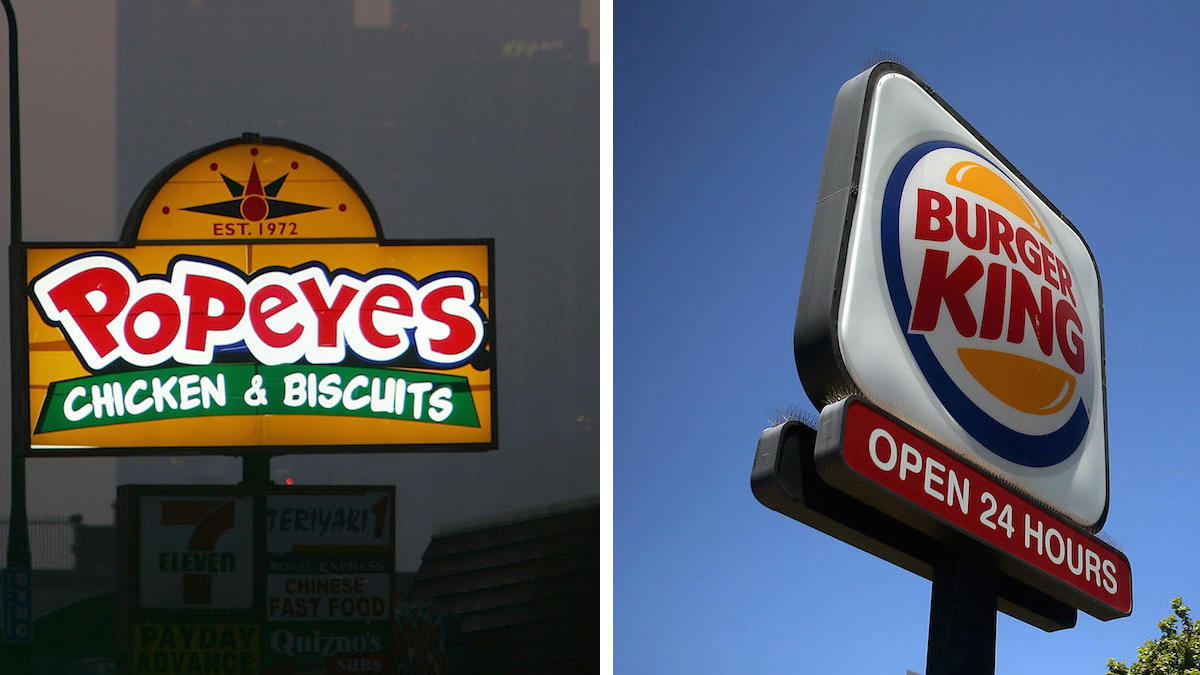 If there was a battle between Burger King vs. Popeyes , who would you choose between Burger King and Popeyes? do I really have to go into detail on who would of won the battle? Because there’s no doubt in my mind , everyone would of said Popeyes – duhhh. And if you want going to say Popeyes then I don’t know what planet you’re on but, Popeyes over KFC all day. And I know what you’re thinking – So, what about KFC ? Yeah don’t make me go into detail about KFC vs. Popeyes. Besides, everyone knows Popeyes would of beaten KFC, if there were a debate between the two. Anyways, this isn’t about KFC vs. Popeyes or Popeyes vs. Burger King. This is about the owner of Burger King planning to buy Popeyes for 1.8 billion dollars. That is a whole lot of money but, I don’t think Burger King should buy Popeyes. Burger King should stay as Burger King and Popeyes should stay as delicious Popeyes. Why is it , other owners are trying to buy off other businesses- that is like apple would try to buy Samsung and I don’t see that happen anytime soon – #teamiphone, of course. iPhone vs Samsung coming soon lol. Back to what’s really going on, BK buying Popeyes. Have you ever had Popeyes chicken , fries and brisket? Oh my gosh , delicious! Can’t you tell I am a Popeyes kind of girl? Yes I am and I am not ashamed to be a Popeyes girl, hey ! Popeyes is way better than KFC but, the rule is never have Popeyes every week or everyday , you’ll get tired of it. It is best to have Popeyes once in the blue moon.
Overall, Popeyes should stay the same and should never change at all. I don’t know what plans do Burger King has for Popeyes but, the owner of Burger King should keep Popeyes the same as it is with no changes. I am not a fan of Burger King except for their French toast for breakfast. However, I am not a fan of Popeyes matched potatoes with gravy, so maybe BK can change the recipe of the matched potatoes with gravy. So, to all my Popeyes lover, BK and Popeyes are together like KFC and Taco Bell even though I dislike Taco Bell and never would I try KFC again.